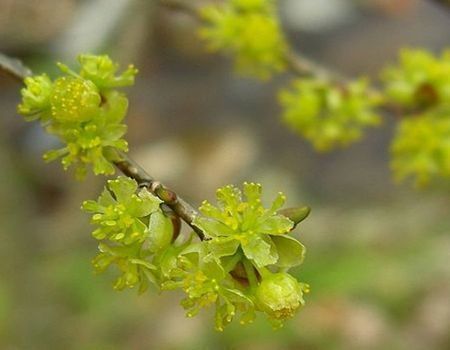 As a food, spicebush was used for beverages and the fruit was eaten. It was used to flavor foods such as possum or groundhog. Medicinally, any part is diaphoretic. It was used to treat colds, coughs, phthisis, croup, female obstructions, and white swellings. The bark steeped with dogwood, wild cherry, and corn whiskey would treat measles; the boiled bark with witch hazel and Virginia pine needles was used as for a diaphoretic. The tea was consumed as a spring tonic.

Harvest spicebush twigs year-round for an aromatic tea; steep 2 tablespoons for 10-15 minutes. Store dried twigs in a dry place with good air circulation for up to two weeks. Avoid boiling the twigs to prevent a bitter taste. Use the fresh leaves in a cold water infusion or sun tea by crushing and soaking for 2–6 hours. Strain the leaves and sweeten with honey, if desired. Grind spicebush berries from female plants in autumn and use to flavor sweet and savory dishes. They work well in marinades, rubs, and dipping sauces. Freeze berries by storing them whole and grinding them as needed.