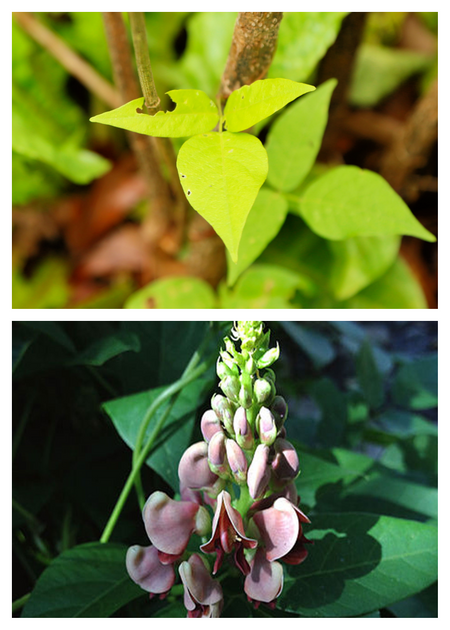 Etymology: Apios is Greek for pear, referring to their shape, and americana means American.

Groundnut tubers and seeds were used widely as a food. Some tribes with access to birch or maple syrup baked groundnuts to produce a dish reminiscent of candied yams. Some tribes used the tuber medicinally for skin conditions.

Strings of tubers chained together by rhizomes can be collected year-round. Remove the rhizomes, wash off the dirt, and peel the tubers. Cook by boiling, baking, roasting, or frying, and enjoy in a similar manner to potatoes. Groundnuts are a good source of amino acids that build collagen to promote skin and digestive health, support healthy joints and cardiovascular health, reduce inflammation, and lower blood pressure. Tubers can be dried and stored for later use or made into a flour for soups, stews, breads, and cakes. Fresh tubers store for at least a month in the crisper drawer of the refrigerator, and cooked and dried tubers or flour made from them lasts indefinitely. The fruit pods are full of pea-like seeds that can be collected and cooked like beans.

Caution: Always cook tubers, as they are toxic when eaten raw. A small percentage of people have adverse digestive reactions to groundnut. When first eating, try a small amount to gauge sensitivity.